The WAR Dialogues were convened by Empathy & Risk at the invitation of The British Council. 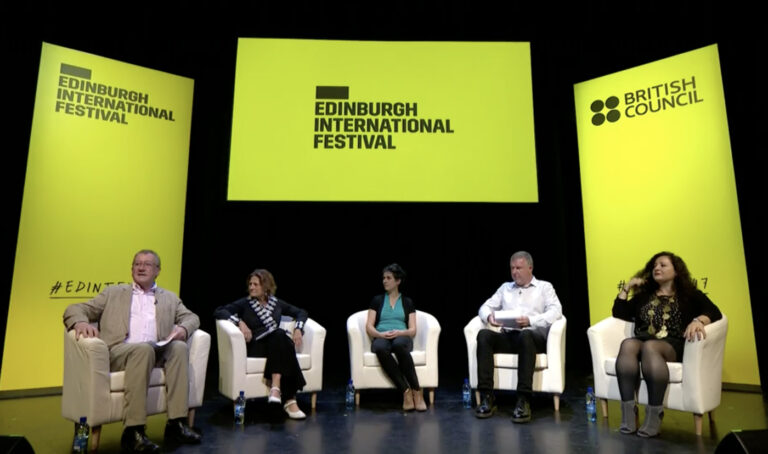 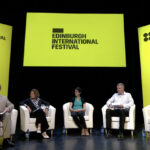 Deliberately linked to war, these two panels examined the time periods that extend beyond the official declaration of war.

The Empathy & Risk Dialogues began with the convening of the WAR Dialogues in Edinburgh in 2017, as part of the Spirit of ’47 programme of the Edinburgh International Festival .

Based on the premise that conflict is a continuum and a cycle, and that the artificial sectioning of a state of war, creates a damaging break in the essential work around conflict that needs to carry on seamlessly into times of ‘non-war’. The WAR Dialogues brought together the observations and learnings of artists, academics and activists who have experienced the transition of societies into and also out of war.

The first session of WAR Dialogue : Conflict considered the changing role, responsibility and challenges of witnessing and responding to modern conflict.  The second session of WAR Dialogue : Aftermath explored the role of artists in post-war contexts and the critical space that needs to be claimed in order to counter a return to paranoia and injustice.. Multi-genre multi-national panels were selected in order to explore the collaborative potential of combining perspectives across art-forms, languages and hemispheres.

The WAR Dialogues were convened by David Cotterrell at the invitation of The British Council. They formed part of the Spirit of ’47 programme held to commemorate the 70th anniversary of the Edinburgh International Festival.  In 1947 the festival was conceived in the belief that culture could act as a beacon of hope in a divided continent after the Second World War.  Spirit of ’47 attempted to reframe and refresh the original aims of the festival in the context of today’s world.