The second production within the Thought Curfew trilogy : A performance focussed on a forgotten barrier.

Mother Wall was written and performed for the Ubumuntu Festival of Humanity, Kigali, Rwanda. 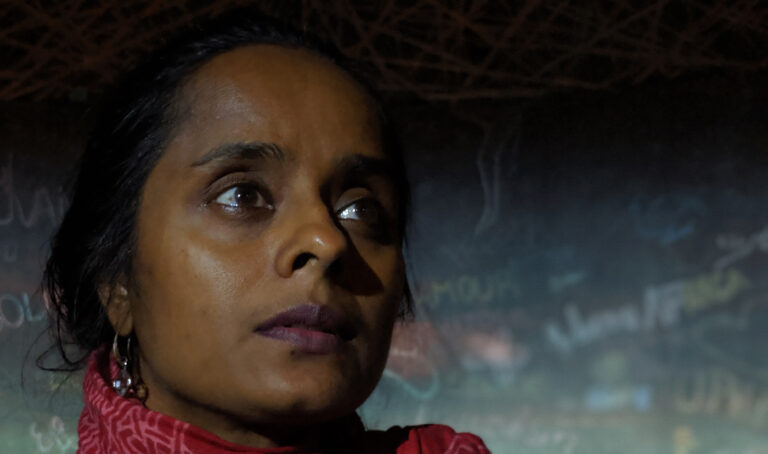 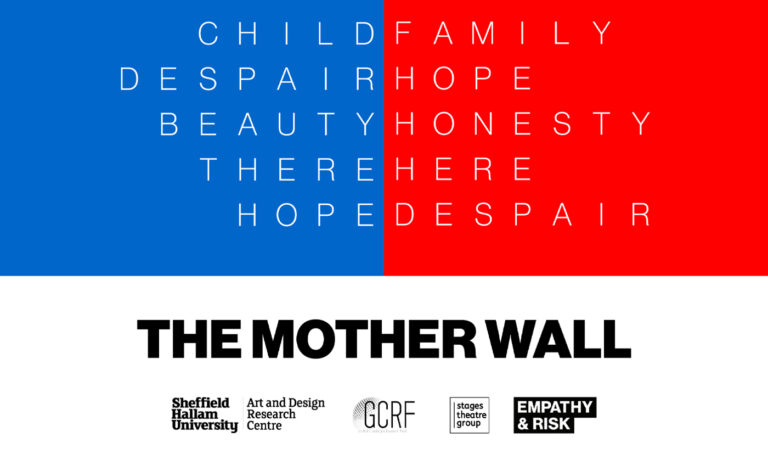 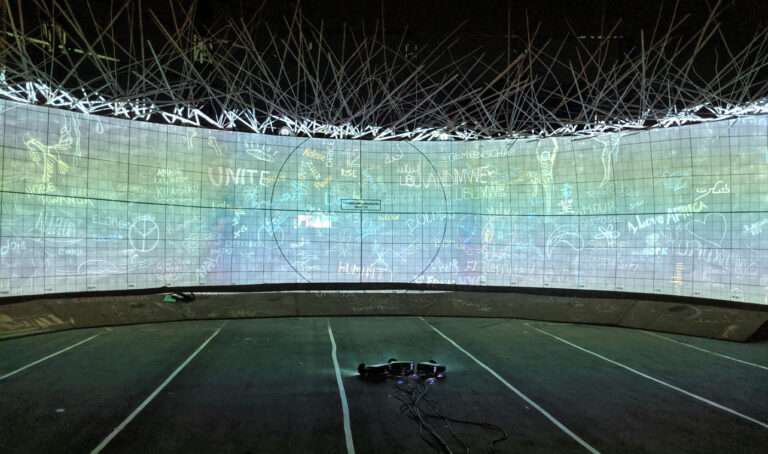 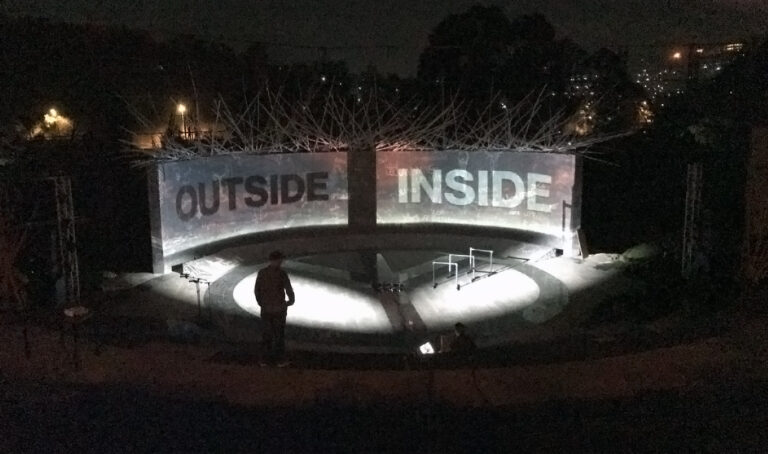 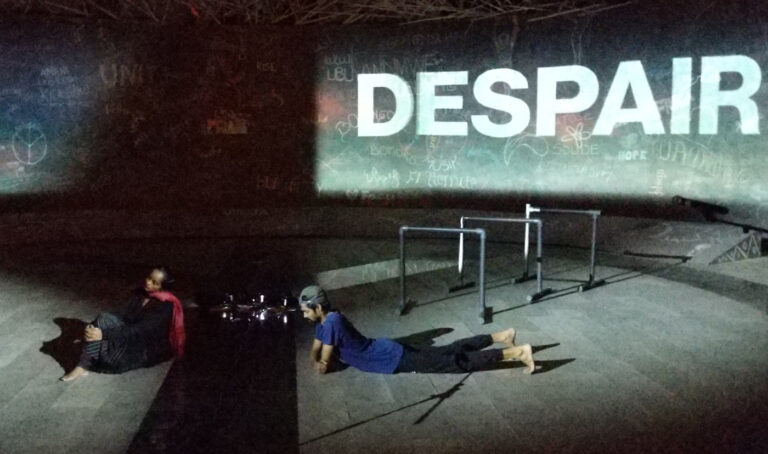 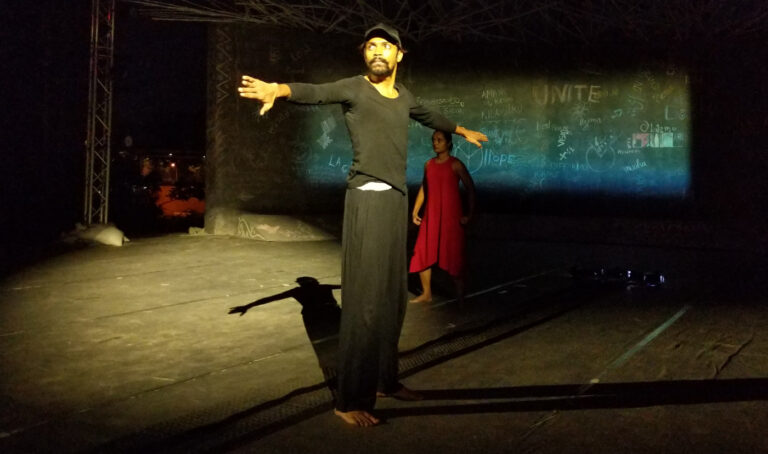 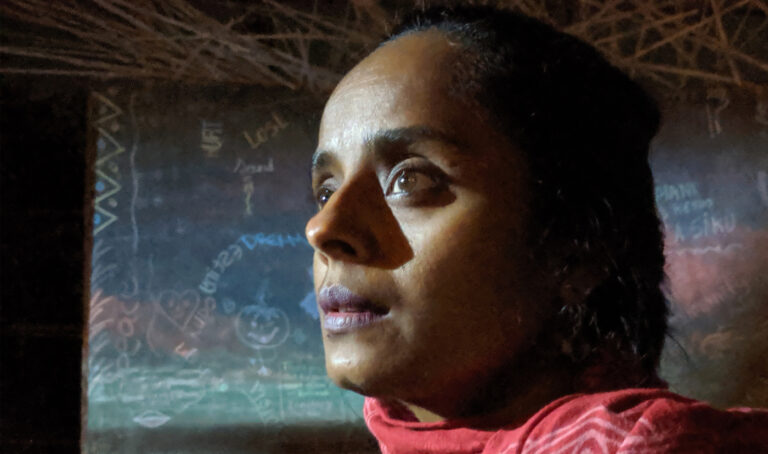 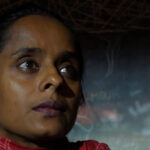 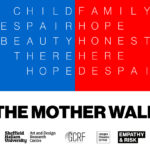 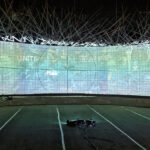 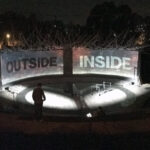 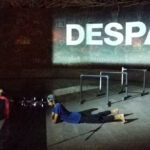 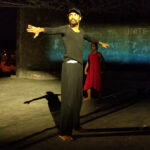 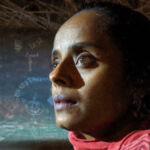 Mother Wall was an independent production but existed in the same allegorical universe created by Thought Curfew. It explored a parallel short story authored by Cotterrell, which considered a redundant physical border and an enduring perceptual divide

The production continued the collaboration with Ruwanthie de Chickera and Stages Theatre company. It also extended the co-production model between artists, animators, and performers, in this case, the visual space framed and directed the physical presence of the actors in an abstracted but stylistically aligned progression from the Thought Curfew ensemble production.