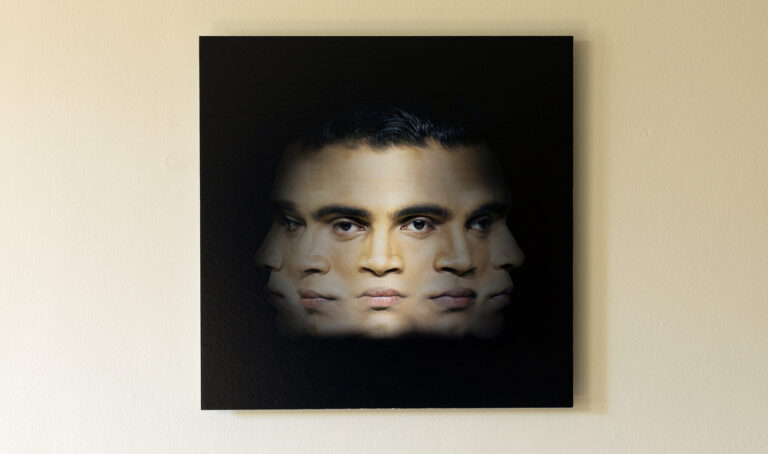 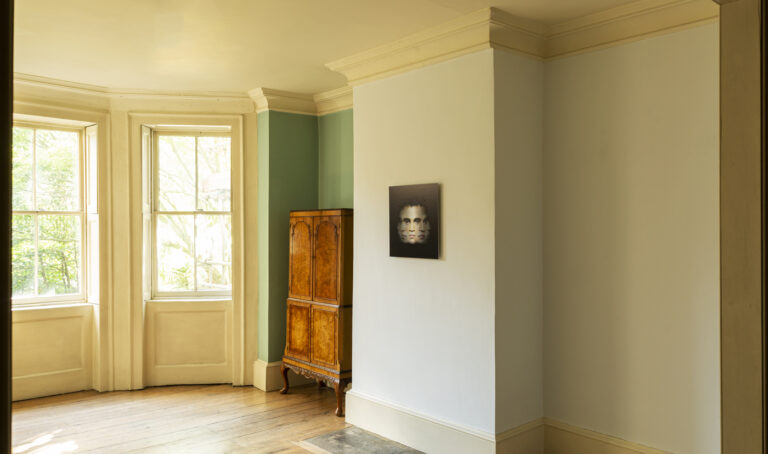 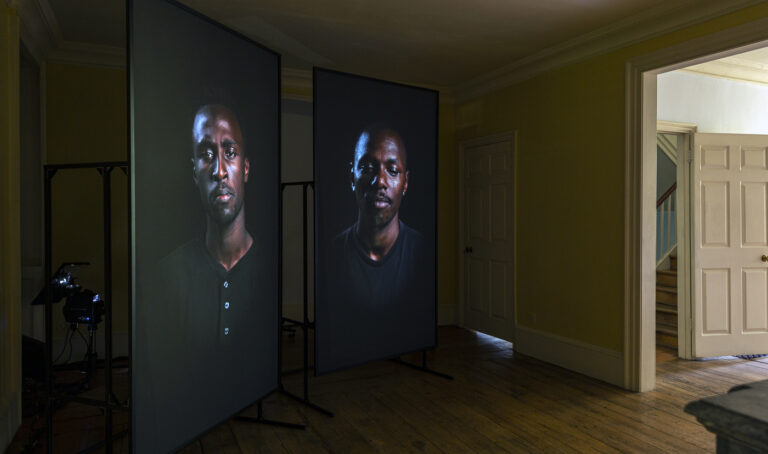 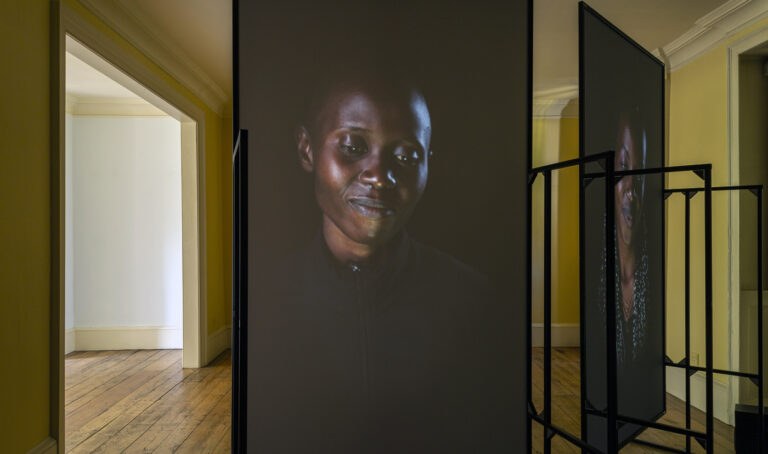 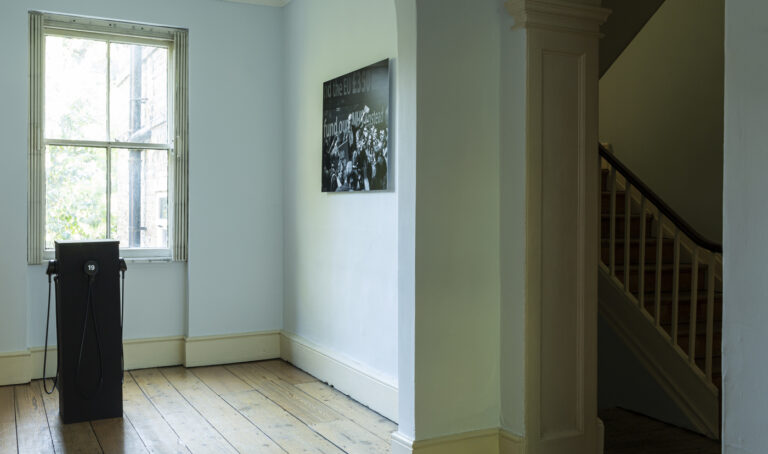 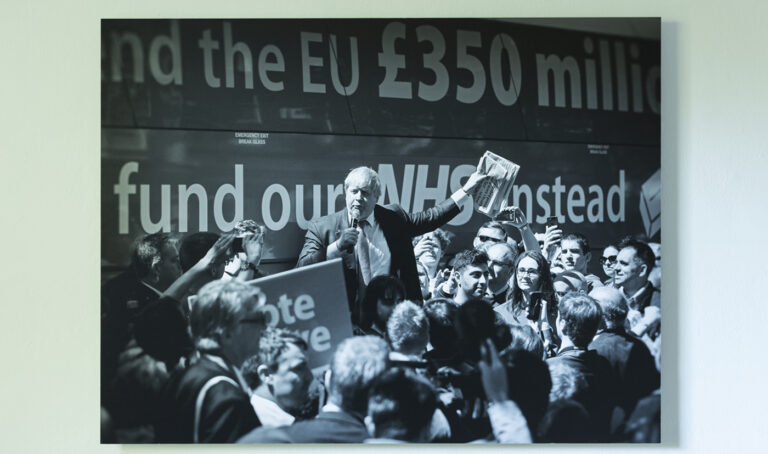 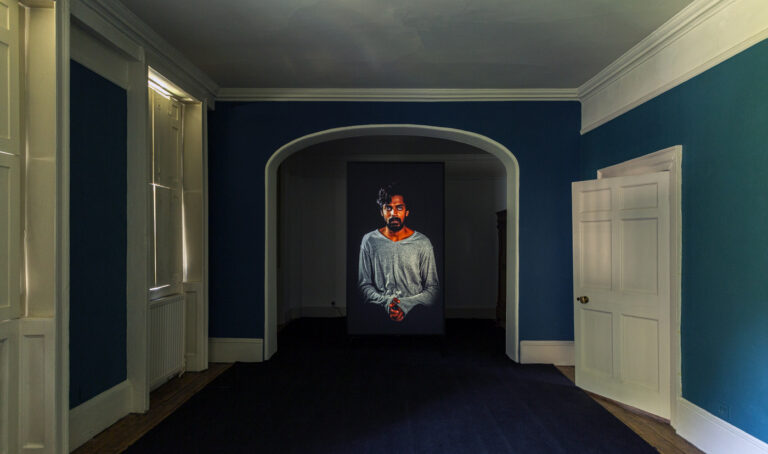 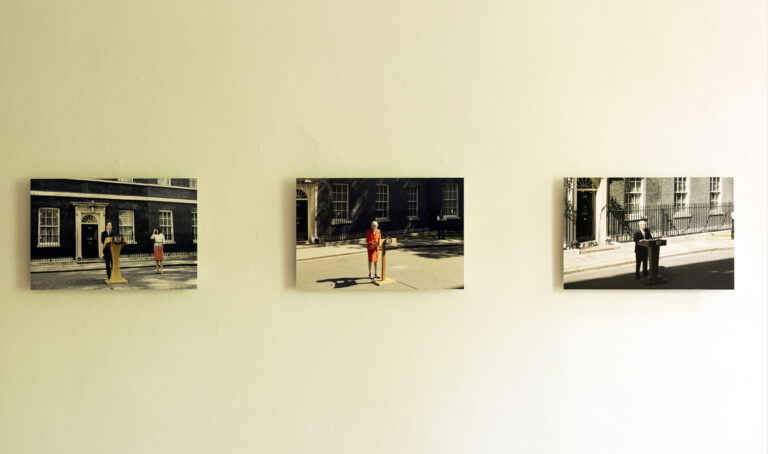 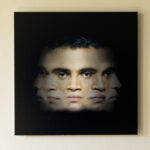 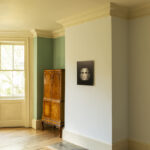 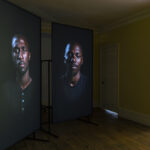 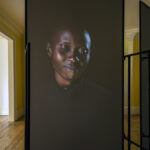 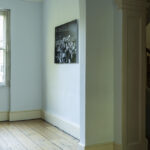 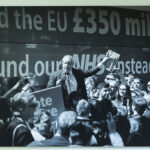 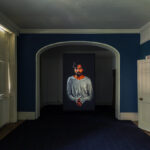 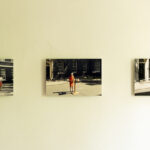 For his sixth exhibition at Danielle Arnaud gallery, David Cotterrell presented a selection of recent and new works considering the mediation of evidence. Installations devised in eclectic contexts in collaboration with artists, actors and news agencies are brought together within one exhibition to consider common threads of media scepticism, narrative betrayal and structural prejudice.

At a time of deep uncertainty and eroded confidence in local and global politics, Cotterrell has continued his long-term collaboration with Sri Lankan playwright, Ruwanthie de Chickera to create a range of speculative investigations into the mediation of truth.

Reverse Images: Brexit (2019) considers the evolving meaning of evidence. The installation involves the presentation of one of Getty Images’ most syndicated images of the polarising referendum campaign – the image of Boris Johnson speaking in front of his pledge, promise or aspiration to return £350M per week from the EU to the NHS. The exhibit features extracts from over 100 articles that claimed the same image as their evidence for diverse and divergent editorial comment. The continuous referencing and recontextualization of this image has reflected the anguish and anger of a contemporary struggle for truth. The exhibition provides an audio snapshot of a Machiavellian narrative of manipulation and populism.

Strong and Stable (2019) is a series of prints of the images captured by Getty Image photographers of three iterations of the UK’s Prime Ministers (Cameron, May and Johnson) making speeches outside 10 Downing Street. By placing these images side by side, we see that the position of the Getty Image photographer is always the same. The interchangeability of these images plays into the way in which each of these candidates had simultaneously endorsed each other and evaded their individual responsibility.

Groupthink (2019) is a photomontage of headshots. The work combines every angle necessary to reconfigure a three-dimensional version of the actor. This potential for the removal of a subject from their context and their non-consensual reformation invokes anxieties about the manipulation of the context of speech and identity.

Mirror V: Translation (2019) is the latest of the Mirror installations (2015-present). It offers an experiment in partial translation. Two Sinhala monologues, filmed in Sri Lanka, are presented consecutively in the gallery. The ambient noise of Colombo and the original voices of the actors is audible. Orientated around the space, ultrasonic speakers create zones of sound which present a translated narrative to the viewer. Three similar but distinct translations are available to recontextualise the direct-to-camera monologues. Through error, omission and interpretation, the installation focusses on the subjectivity of translation, the power to objectify and our ability to perceive threat.

An accompanying essay by Shelagh Wright and Peter Jenkinson was commissioned as part of the exhibition.