Just-Ice is an artwork that was part of Human Rights Arts 2018.

Installed at Independence Square, Colombo during a constitutional crisis. 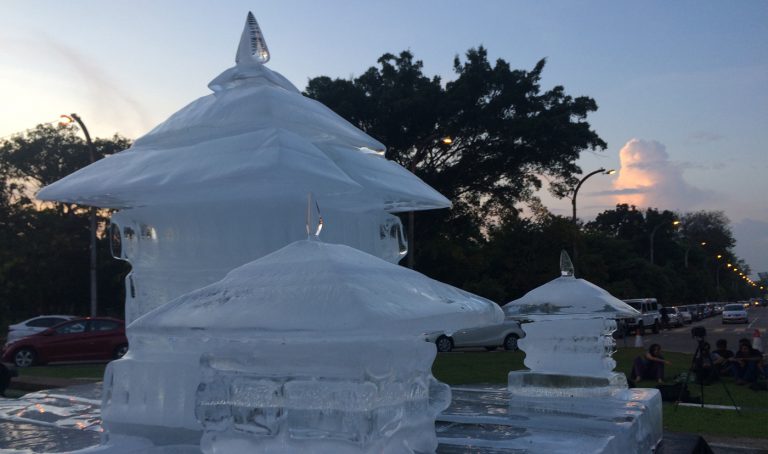 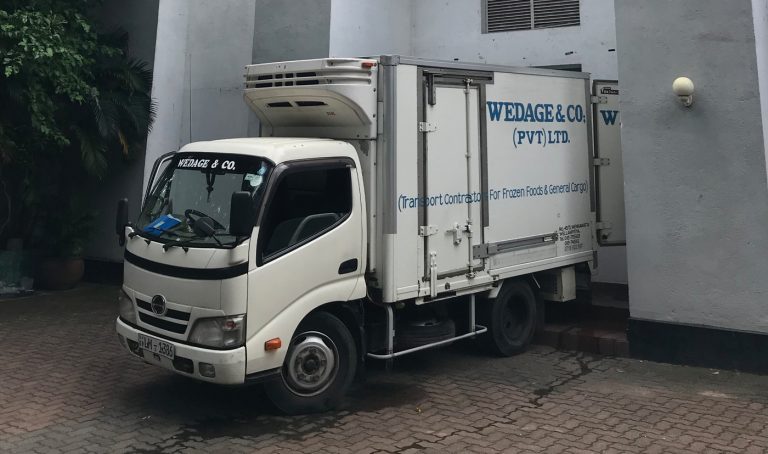 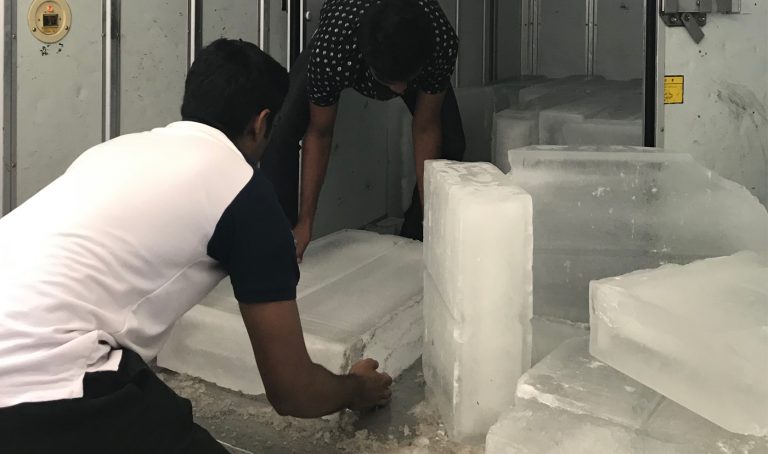 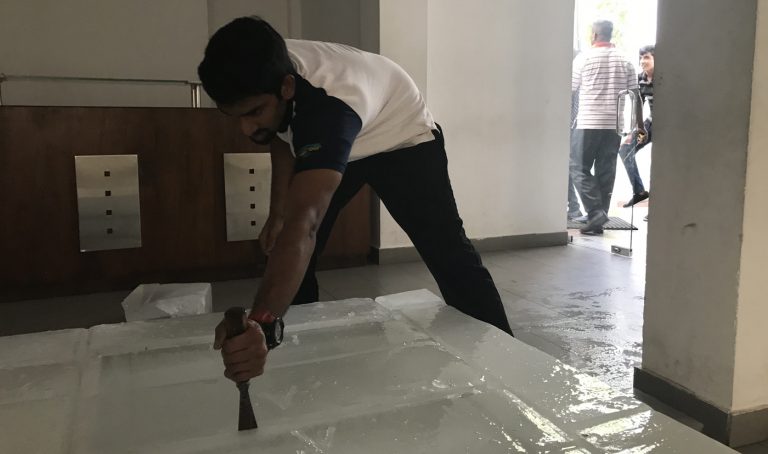 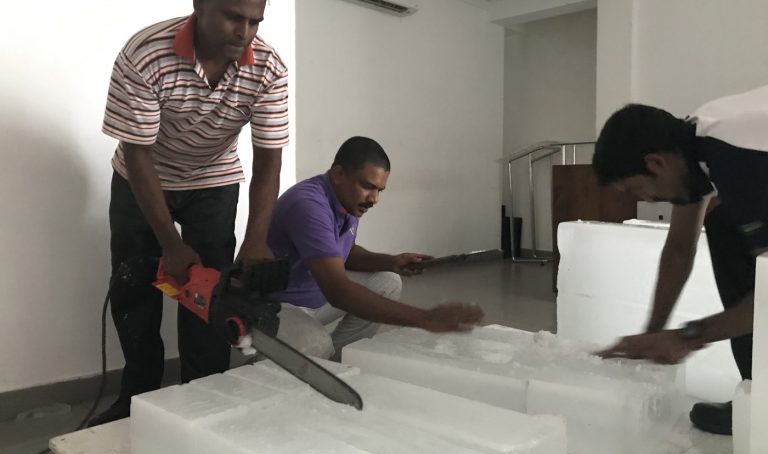 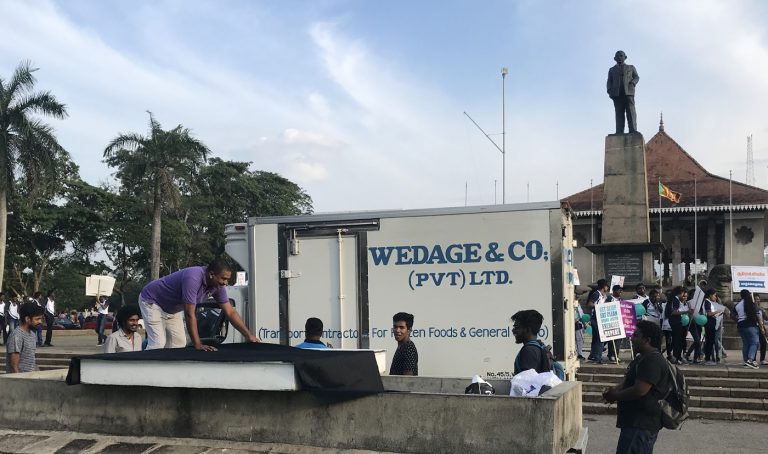 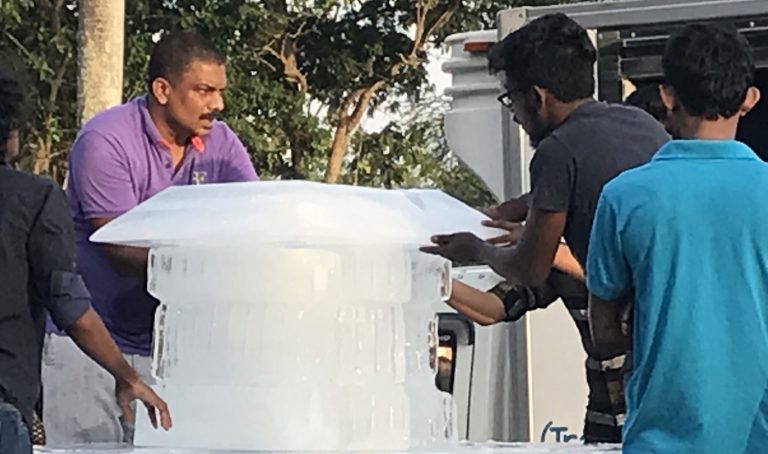 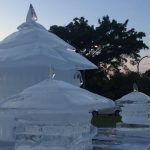 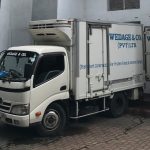 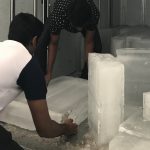 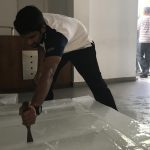 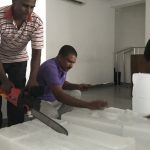 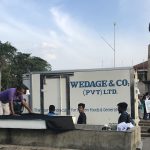 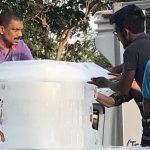 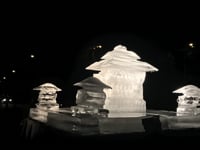 Just-Ice is an artwork that was part of Human Rights Arts 2018 – an exhibition curated as an artistic response to the 2018 political coup in Sri Lanka.  Human Rights Arts 2018 opened on the 10th of December in order to commemorate the 70th Anniversary of the Universal Declaration of Human Rights.  The festival was an honouring of this global milestone and also a celebration of the wave of citizen rights initiatives taking place within Sri Lanka in response to the political crisis.

At the heart of the political crisis, amid a protracted struggle for power, was the battle over the dissolution of parliament.  Sri Lankan Parliament literally became a battlefield with violence erupting in the chambers on several occasions over the dissolution of parliament.  In keeping with this high level drama the artists constructed a rather more mournful and elegant dissolution, by commissioning a team of buffet ice sculptors to create a 6ft x 6ft ice sculpture of the Sri Lankan parliament and letting it dissolve into a puddle before the eyes of the Sri Lankan public.

Just-Ice is presented as a documentary time-lapse video. The video captures the artwork’s first installation in Independence Square and shows the slow transition of the parliamentary model from detailed decorative representation to an abstract collapsing form. The time-lapse shows one frame per second and when played at normal speed accelerates time by 25:1. The video projection is accompanied by four prints, which focus on details of the frozen structure as it began to melt away.