A project revealing the way in which evidence can be used to justify contradictory arguments.

Commissioned for the Human Rights Arts Exhibition at the JDA Perera Gallery, Colombo 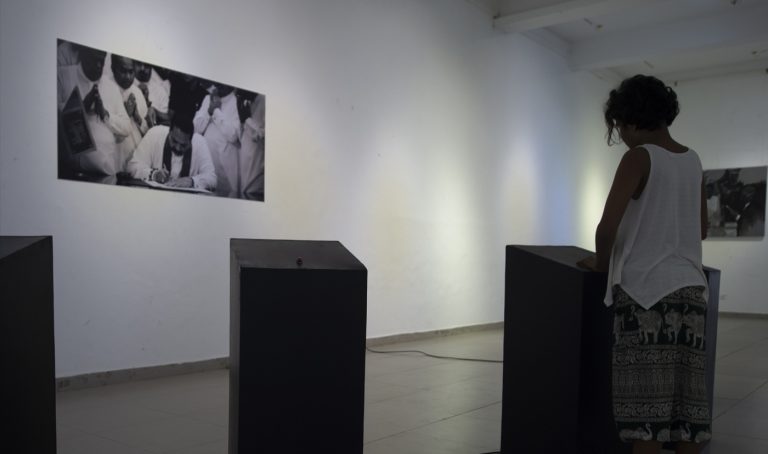 1/1 Was Many Pictures installed in the JDA Perera Gallery, Colombo 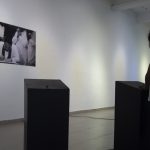 Was Many Pictures is an artwork that was part of Human Rights Arts 2018 – an exhibition curated as an artistic response to the 2018 political coup in Sri Lanka.  Human Rights Arts 2018 opened on the 10th of December in order to commemorate the 70th Anniversary of the Universal Declaration of Human Rights.  The festival was an honouring of this global milestone and also a celebration of the wave of citizen rights initiatives taking place within Sri Lanka in response to the political crisis. The exhibition held the contemporary work of Chandragupta Thenuwara, Senaka Weeraman, David Cotterrell and Ruwanthie de Chickera.  It was curated by Chandragupta Thenuwara and Empathy & Risk.

Was Many Pictures was just that, an idea that originally started with many pictures and then finally became one.  Pictures were centrally important to the surrounding political crisis in Sri Lanka.  The cascading of events had begun with the release of a remarkable picture to the Sri Lankan public, one entirely unremarkable Friday evening.

Was Many Pictures revealed the way in which evidence can be used to justify contradictory arguments. Permission was gained from Reuters to reprint a single iconic image of the recent crisis. The image of Mahinda Rajapaksa signing the official documents promoting him to the office of Prime Minister was shown by news outlets within Sri Lanka and around the world. The image was rarely shown alone. It was normally accompanied by commentary, quotes, facts and opinions which served to frame the way that the image would be understood. Within the installation, Was Many Pictures, six museum lecterns were constructed. Within each was a catalogue of audio clips gleaned from contradictory statements and stories reprinted within the Daily Mirror. A button could be pressed on each lectern where a random audio clip was selected from a biased catalogue to affect the way in which people may decide the meaning of the photograph.

Each lectern housed ten to sixteen short audio clips read by actors but derived from actual reported statements. It was possible to play the political commentary from one or to decide to trigger all six and introduce a cacophony of contradictory views into the ambient space of the gallery.