Commissioned by the Association for Medical Humanities for presentation at the Dartington Gallery, United Kingdom. 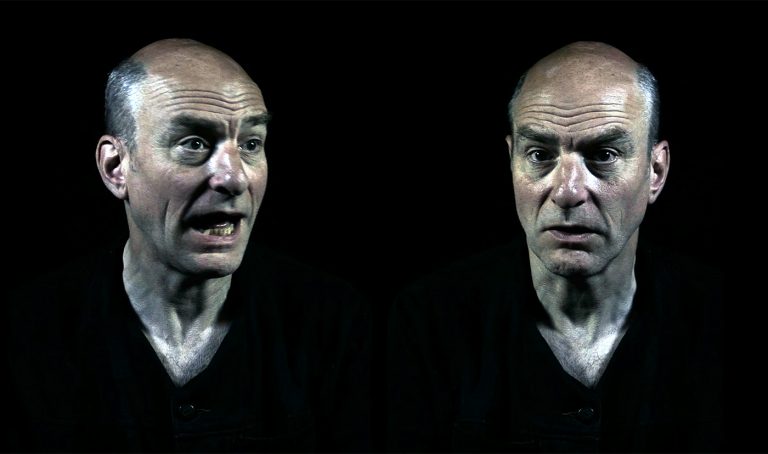 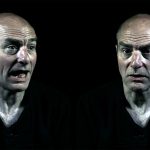 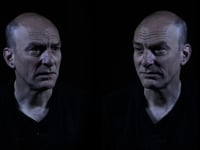 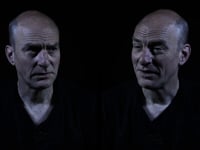 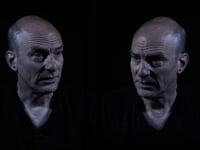 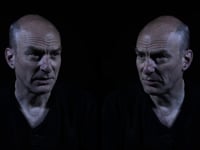 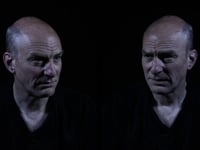 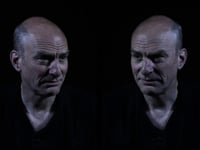 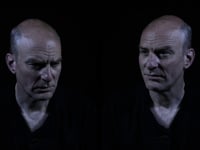 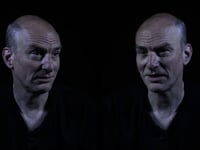 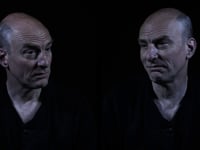 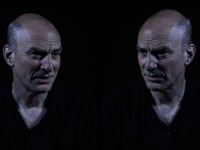 Mirror I : Hierarchy the first of a series of two-screen works considering polarised perspectives, David Cotterrell and Ruwanthie de Chickera explore the relative anxieties and thought processes of two of the major protagonists in surgery.

Shown as two talking heads on opposite mirrors. The work considers the shared concerns, the devices by which a serious event is philosophically contextualised and the way the mind might wander under the catalytic pressure of forthcoming professional and/or personal risk. Two rhetorical monologues – patient and surgeon – may be misconstrued as a polarised dialogue. It is ambiguous as to whether the two characters are talking to one another or to themselves; and as the dialogue continues the assumption of roles may shift from one video portrait to the other.

Recorded in isolation from context, without revealing the categorising uniforms of scrubs or gown, the conversation offers an introverted and existential portrait of the two individuals. The portraits are constructed to transcend the place, or the situation, perhaps considering fear of the other, but often more internalised, describing a sense of self-image or personal narrative. There are differing social conventions at work for the articulation of anxiety and the consideration of failure. For the patient, there is often a requirement to be strong for their relatives; and the surgeon must demonstrate confidence to command the trust of both patients and colleagues in the operating theatre. Space for reflection may be deferred to a later date or constrained to the domain of the internal monologue. This outwardly simple video project offers a snapshot of these complex internal negotiations of vulnerability and bravado. The project is designed to explore the common human characteristics that could provide an empathetic bridge that might offer a stronger solidarity between strangers than the context, roles and uniforms might suggest.

The work was developed in collaboration with the actor Simon Kunz. It was produced with support from the Association of Medical Humanities.